Happy Thursday, dear readers! I am getting back into the swing of life after a wild couple of weeks, and I nearly forgot to blog – I keep thinking it’s Friday.

Last week, my partner and I made our way to the Rocky Mountain Song School in Lyons, CO. We got a late start, leaving Chicago for Lincoln, NE around 2:45 Friday afternoon, because we were trying to get the rest of the packing for our move done before we hit the road. We got to our hotel in Lincoln around 1:15am. It made for a short night.

We drove to a friend’s house in Denver the next day. It turned out her roommates were gone, and she was dog-sitting for some other friends, so after we hung out for a while, she left to do that and we had the house to ourselves. It was nice – I was especially exhausted, and was able to crash early.

The next morning, we got breakfast with friends who just moved to Denver from Chicago. It was great to see them, and after we ate we went for a little stroll around the neighborhood to look at street art. Then we drove back to the house, packed up our stuff, and headed up to Lyons. It was a bit rainy on the way there, but thankfully by the time we got there and were setting up, it had stopped.

It was so good to be back at Planet Bluegrass. The details of the individual days are a little muddled in my brain, but it was a great time. Monday I took a couple of classes that involved writing to some prompts, and that generated some ideas that led to me writing a complete set of lyrics to a new song that night. Over the next two days, I worked out music for it (my first attempt was entirely too moody, which I realized after another class), and Wednesday night I got to perform it at the open stage, with eight of my favorite humans, who came up with harmonies literally fifteen minutes before we went on to perform. It was incredible. 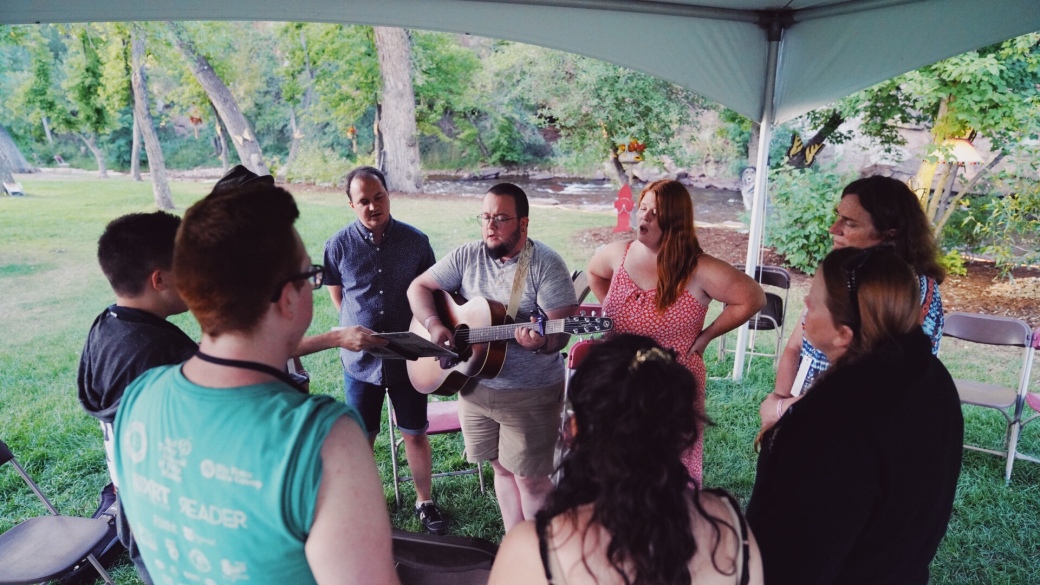 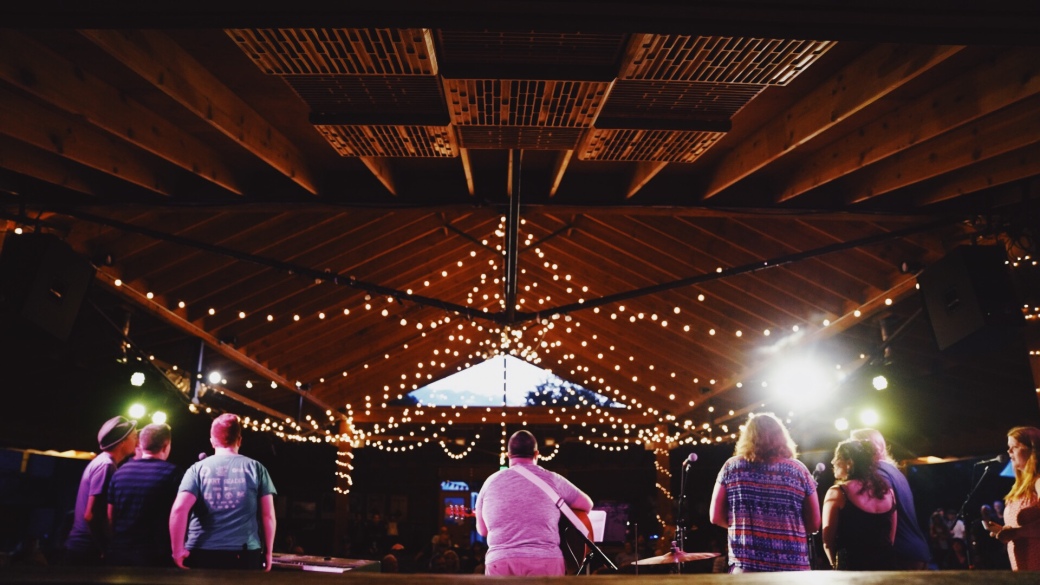 Other highlights of the week:

It’s been a whirlwind since we got back. We got home Saturday evening, and picked my partner’s dad up from Union Station (we borrowed his car for our trip, and so he came down to help us move and to get his car back). Sunday we did a lot of running back and forth between apartments. Monday, I headed off to work, and my partner and his dad coordinated with the movers to get the bulk of our stuff over to the new apartment! At this point, we have I think 99% of our stuff over at the new place, and we’ve been sleeping there all week. It’s a chaos of boxes, but last night my partner got most of the kitchen unpacked (I’m feeling under the weather and crashed early – hoping I can be more useful with the rest of the unpacking), and we HAVE to have everything unpacked by Saturday morning, because that’s when the reusable boxes are being picked back up. So…it’s going to be a bonkers couple of days. But it’s a great new space, and it’s already starting to feel like home.

This site uses Akismet to reduce spam. Learn how your comment data is processed.